Home > Health > Tips For Keeping a Keen Memory in Midlife

Tips For Keeping a Keen Memory in Midlife 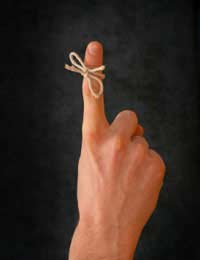 Whether you call them “senior moments” or “mind glitches,” by midlife, most people have been surprised to find that their memory may not be as good as it once was. Lost keys, forgotten phone numbers, and missed appointments may be the things of middle aged jokes, but some people find the occasional lapse in memory to be worrisome, fearing that it may signal the beginning of a more serious problem.

Midlife can be a time of great stress; obligations to work, family, and friends can leave middle aged people feeling as though they are being pulled in several directions at once, which they often are. High stress levels can be at the root of many midlife memory problems – when there is simply too much to remember, some of it may well be forgotten. Practicing relaxation techniques, yoga, or meditation can help to relieve stress which can in turn, may unburden the mind and alleviate forgetfulness.

There is some evidence that suggests what menopausal women have always suspected – a link between memory and oestrogen. Many women find that they experience sometimes troubling episodes of forgetfulness during perimenopause and after the menopause, but until recent years, these complaints have gone largely unheard by the medical community.

Lists and other Memory Aids

It works for Santa, and he’s got a lot more to keep track of than most people, so making lists might be beneficial for keeping track of daily chores, appointments, and other things that may well be forgotten. The growing population of middle aged people has prompted manufacturers to market a variety of gadgets to help folks remember the little details. Electronic organisers, medication dispensers, sticky notes, and even setting a cellular phone alarm to vibrate to serve as a reminder for important appointments can be helpful.

Exercises for the Mind

A sharp mind can be helped to stay that way by providing it with exercise. Reading assorted materials, solving puzzles, playing word games, and learning new things all help to keep the mind sharp and the memory keen. Traditional exercise is important, too, and good nutrition can play a role in preserving memory.

Those who are experiencing frightening memory lapses (not simply forgetting where you left your sunglasses) should schedule a complete physical exam with their GP so that worries about the possibility of dementia or Alzheimer’s Disease can be put to rest. Alzheimer’s symptoms go far beyond the simple forgetfulness normally associated with middle age.

Keeping a Sense of Humour about Aging

Try as we might, there is no holding back the hands of time, so we may as well have a sense of humour about the little inconveniences of getting older. So bring on the jokes about forgetful menopausal women and old guys who can’t remember where they left their hats. We can take it.

“A man and his wife were having difficulty remembering things, so they decided to see a doctor who was reputed to have great success in helping people with memory problems. A few weeks later, they were telling a friend how helpful the doctor had been. The man said that he, too, was having memory problems and asked for the name of the doctor. The husband said, ‘You’ll have to help me a bit with the memory technique. Let’s see, a flower, long stem, thorns…’‘Rose,’ the man guessed.‘That’s it!’ said the husband, ‘Hey Rose, what’s the name of that doctor?’”

Tips For Avoiding Osteoporosis in Midlife